Using photogrammetry, we scan enviroments and re-create them digitally. We have developed a pipeline for photogrammetry that has been working well for us. Everything from taking pictures of the enviroment and making 3D models out of them we have sped up our workflow from camera pictures to film ready assests. We settled on using Reality Capture for building the model and Blender for model cleanup. We then use the photo realistic scans in the Unreal Engine (UE4) which then displays on the LED wall. There are other programs you can use, but these just happen to be some of the programs we are using. 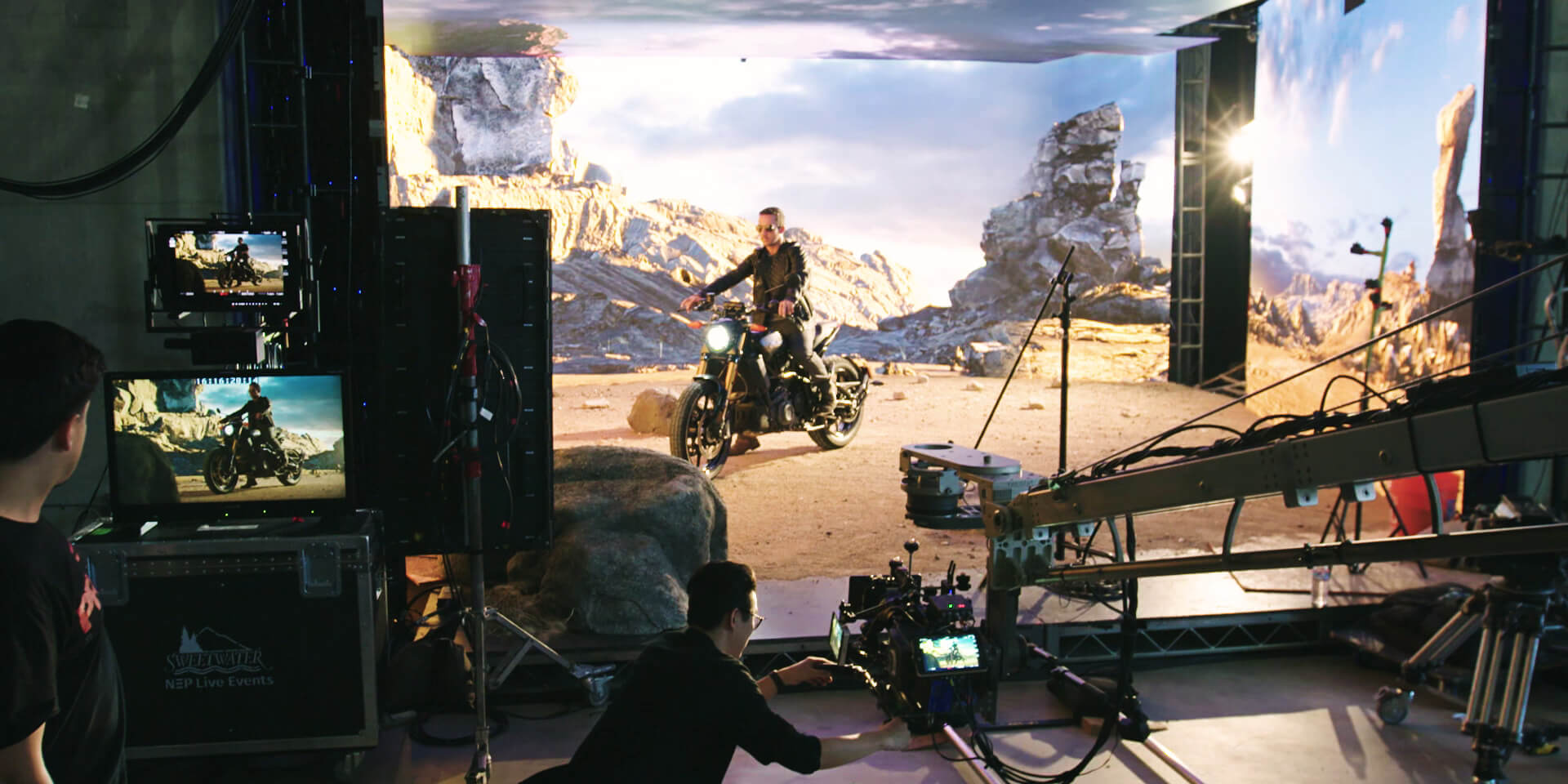 Here is a short snippet of xong vr in action. We are still working on network replication and getting the vr game polished. We have three vr levels and if you want to play outside of vr that will be possible too.

We are almost complete with a 1 player game in XONG VR. The player is able to jump into the paddle and launch the ball as well as delflect it. We took some concepts from breaker and placed bricks between the two players. When the ball hits the brick, the brick begins to crack. After two or three hits the brick "breaks" and disappears, clearing the way to score on your opponent. Some bricks contain power ups and we scatter these throughout the level to give the player an advantage. Some of the concept power ups are in no order..

We plan on this being available for most hmd's so we have been testing it on the the Oculus Quest, Oculus GO, HTC Vive and Valve Index.

We are creating a virtual reality store that people can use to buy, review and compare different products. Customers will be able to use thier phone or a headset bring up a vr store isle that contains products they have bought before and displays them next to alternative products that the buyer may like. Shoppers can compare brands and prices to make the best possible decisions from the convienence of any internet connection. Seting up accounts for the food to be delivered after ordering can be managed through 3rd party apps. Store directors can change prices and update promotions with a click of a button. Instead of hand changing signage, the digital assets can be uploaded and replace all the store sighns at once. Customization of promotions and store campaighns inside vr has never been easier.